Children of Slavyansk gathered to protest against Ukrainian army aggression in their town. The world news media will not show this, because these children are not so called “pregnant-children-of-maidan” killing Berkuts. They are just ordinary children of Slavyansk.

Sometimes they want to eat, and their parents just want a Referendum, and that is, for sure, a terrible crime in a democratic country, their parents are doomed to be killed, but what about children? Yet, for such crimes in the Great Ukr Land, perhaps, children are considered to be separatists and pro-Russians too? 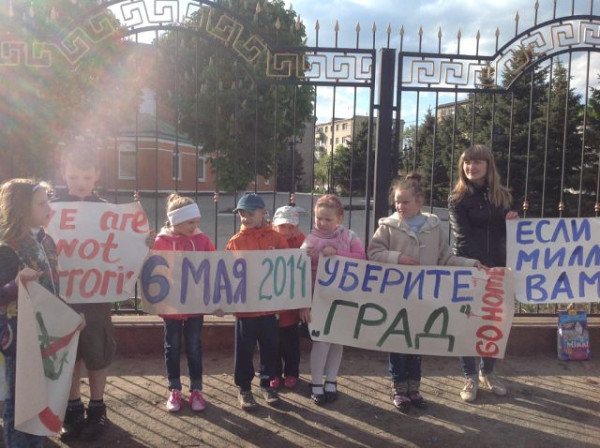 Take away GRAD rocket systems. If we die, millions of people will not forgive you. 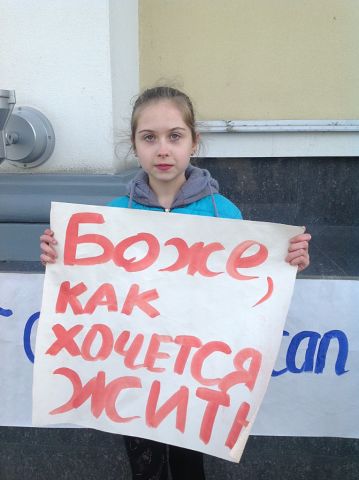 God, I want to live! 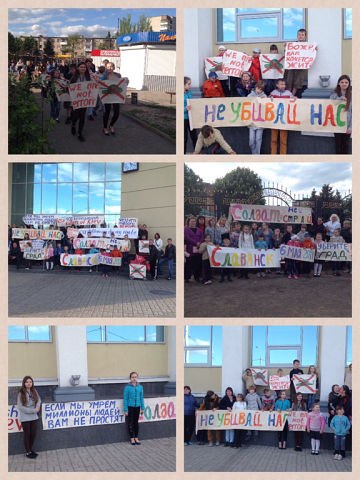